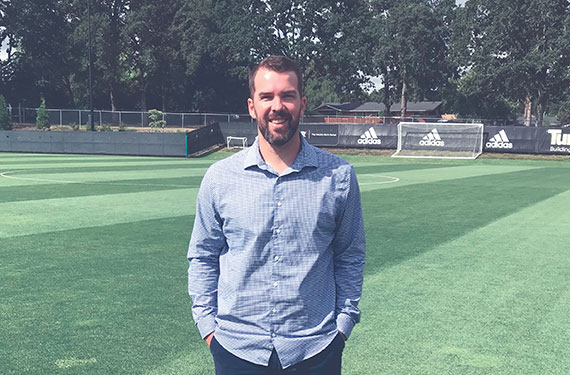 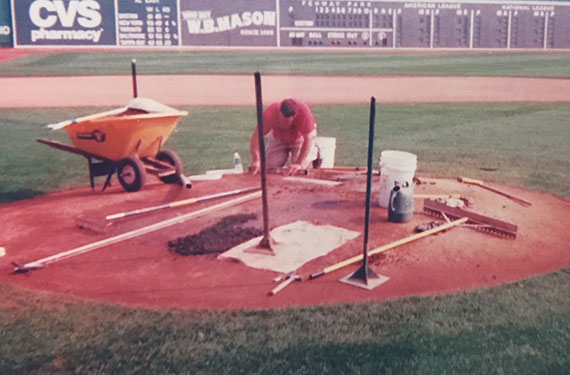 Austin, Texas, 2021. Fans dressed head to toe in their favorite Austin FC gear are filing into McKalla Place to witness their city’s new beginning. Austin FC players are lacing up and preparing to greet their fan base for the first time on game day.

For some players, today may be their first Major League Soccer appearance, others are MLS veterans supporting a new jersey for the first time in years. Between the roaring crowd, the unveiling of the brand new stadium and the dawn of a new era for Austin, emotions are surging throughout the entire city.

Appelfeller wants the players to know their safety has been accounted for and the playability of their new home turf was his top priority since the day he was brought on board. While he may not have a field yet to perfect, Appelfeller has been making all grass growing decisions for the club. Appelfeller has the unique opportunity to guide operation decisions and stadium construction projects to favor the grass his crew will work on come 2021.

For the players taking the field for the first time, I hope they savor that moment. The crowd, the atmosphere and the beginning of a new season for Austin.”

When Appelfeller started out in the industry he wanted his domain to be the diamond. After interning with the Boston Red Sox and spending time at Fenway Park, Appelfeller sent out resumes to 10 ballparks across the country after graduation. Not a single one gave him a call back (probably kicking themselves now), but the Columbus Crew offered the newbie a chance to work on their crew. When Fenway came calling a few years later with an opening, Appelfeller ran to the opportunity. It wasn’t until after his daughter was born that Appelfeller and his wife reconsidered trading in the demanding baseball schedule for a more family friendly sport.

Appelfeller recalls, “my last week at Fenway we had a night game that started with delays. By the time the game finished and we pulled the tarp back on the diamond, it was 3:30 a.m. I slept on a cart that night in the stadium and was up again at 5 a.m. with the crew prepping for another day.” Working on a soccer crew, specifically the Philadelphia Union and Columbus Crew, allowed Appelfeller to be at home with his family and gave life to his passion for grass. Appelfeller said, “with baseball, 70% of your time may be spent on dirt. When I discovered that grass was my real passion, soccer made perfect sense.”

For Appelfeller, growing grass is the most rewarding component of his job. Appelfeller feels at home when he’s walking a field, checking the vitals. “Focusing on the grass is my safe haven. When the operations side of this business becomes too loud, I retreat to the field. That’s where I always feel relaxed,” said Appelfeller. When Appelfeller isn’t working on grass, he’s talking about it. Appelfeller’s love for the industry always grows when he can talk with other enthusiastic individuals about the science they practice. Appelfeller will talk grass to anyone who will listen. Which left us wondering, how was someone who lives for talking about turf keeping sane without their safe haven? Appelfeller said, “I have four trays of grass here at the office. Most days you can catch me sitting on a bucket out back with trimmers in my hand tending to the patches.”

Focusing on the grass is my safe haven. When the operations side of this business becomes too loud, I retreat to the field. That’s where I always feel relaxed.”

Although Appelfeller credits the extra time with his family as filling the void of not having a field yet. This unique position has allowed Appelfeller to be at home with his wife and two kids every weekend for the past year, a luxury not known by many groundskeepers. “I will always cherish this time I’ve had to watch my kids grow up. I’ve been able to go to their soccer games and my wife was recently saying she’s never seen me so calm,” Appelfeller noted. “Once the stadium is open, it will be back to working weekends but this position has given me the gift of time.” Appelfeller is worried that if word gets out to his kid’s soccer coaches what he does for a living, they’ll ask him to coach. “I’d be the worst guy for the job, I don’t understand the flow of soccer, even though I’ve been around it for 10-plus years.”

Appelfeller is living proof that you don’t need to understand a soccer playbook in order to make the perfect pitch. However, we were surprised when he said perfecting the pitch had nothing to do with what equipment you use or what you put down on the field. For Appelfeller it’s all about the people. He noted, “it’s about the staff, the owners, the sales reps and all the people who show a respect for this game and the field. Having an exceptional crew definitely makes an impact, but the team that wraps around them is what really sets a pitch apart from the rest.” So, while Appelfeller is in the process of building the dream field for the future Austin FC, he’s already got his sights on his dream crew.

Hiring won’t begin until late 2020, but Appelfeller has a list of people in his head that he’s hoping apply for the jobs. He’s hoping that the work he’s doing now will attract superior candidates and is excited to tap into some of the talent Texas has to offer. “We have so much talent in Texas and I would love to create an authentically Austin crew. Crew members who are just as invested in the success of this city as they are invested in the success of our field,” reflects Appelfeller. 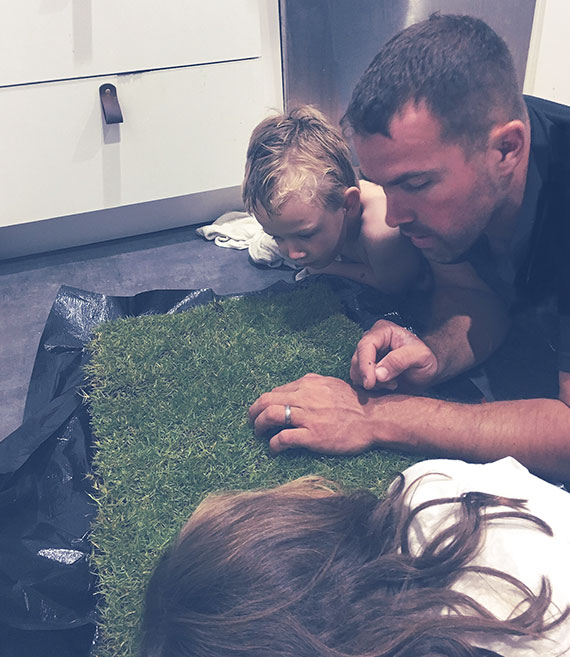 Appelfeller has been given the rare chance as a groundskeeper to craft a field with the grass in mind. McKalla Place will be home to Appelfeller’s vision. The biggest known challenge for Appelfeller’s future is the shaded stadium. In order to keep fans comfortable in the Texas heat, the stadium has been designed to protect fans from the sun, which poses a threat to the grass that thrives from direct sunlight. Appelfeller has been testing several varieties and thinks he’s found a solution that will not only be safe but aesthetically pleasing. Because Appelfeller was included in all direct grass growing decisions, his field will have the chance to succeed in a shaded stadium. Appelfeller is hoping that Austin FC’s decision to bring him on two years in advance will resonate with the industry.

Appelfeller hopes this unique opportunity serves as his legacy and helps push the envelope for more groundskeepers in the future. “I hope other owners look at my experience and success with Austin FC and invite other groundskeepers to the table in the future,” Appelfeller said. “Right now, the status quo for building or redesigning stadiums is to hand off a field to a groundskeeper after 90% of the decisions for the grass have already been made. I want groundskeepers to be seen as the experts who are consulted early on. I believe without our perspective, the field may be built without safety or field health as the top priority.”

I hope other owners look at my experience and success with Austin FC and invite other groundskeepers to the table in the future.”

Along with creating a legacy with Austin FC, Appelfeller hopes this stadium serves as a common love for the community of Austin, Texas. Appelfeller and his family have fallen in love with the city they now call home. Appelfeller’s kids have grown up in stadiums and have a good idea about what their dad does each day he leaves for work. “My daughter grew up at the Crew stadium filling divots, so she very much understands what I do.” And like Appelfeller, his daughter keeps her focus on the grass. When the U.S. Women’s soccer team visited the stadium to play a few games, Appelfeller was excited to bring his daughter into work, thinking she’d be blown away by women playing on the field. Appelfeller said, “she was completely unaware of the chaos happening around her, she kept her eyes on the grass, filling divots. I’d love for her to follow in my footsteps but I think we’ll lose her to another science. She’s obsessed with science.” Appelfeller loves being able to share his love for turf science with his kids and now with the city of Austin.

We’re looking forward to checking back in with Appelfeller come 2021. When we asked him what he saw for the future he reflected on the happiness his new city and job have brought him. “My future is always changing. I know my passion for the grass will never waiver and that will always serve as a compass for what I do. I’m really happy right now and I don’t want to look past that. Take it one day at a time. I love Austin and I love what I’m doing.”

What we hope for Appelfeller is that on opening day in 2021, he too takes a chance to savor the moment. While the players will have the luxury of not worrying about the field, we hope Appelfeller can’t think about anything else. The grass and his momentous accomplishment.